The recent announcement from Google about its ‘dynamic email’ has been a hot topic to be discussed amongst the technology geeks. After this amelioration, Gmail users will be able to perform multiple tasks without the need of hopping from one window to another. There has been a constant proliferation in the number of Gmail users since the digital revolution and this modification has added another feather to Google’s cap. According to Google, they have been working towards making Gmail more user friendly and eradicating the tussles of multi-tasking for users.

This feature is currently available for G-suite users and will be released for others on 2nd July. This feature will allow users to accept invitations, browsing documents, replying or commenting instantly to mails & shared documents, and much more. It will also allow external service providers to get forms filled by individuals through AMP, before which all third-party service providers of course have to be verified by Google. Google has already started the verification of privacy policies and conditions for some organizations. Ecwid, Freshworks, Nexxt, OYO rooms, Pinterest, and Doodle are some of those organizations.

This update will be currently available for web users only. The release date for mobile users is yet to be announced. According to Google, it’s all about making the process of mailing, document-sharing, and other interaction hassle-free and facile for its users.

How to Book Tatkal Ticket Online In IRCTC 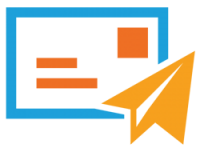